When a customer is going to download any software, he needs the commitment of two main things that is, first the software which he is downloading is developed by a renowned party and, second and most important thing is the software is not accessed by any unauthorized party. For this two situation, the Sectigo Code Signing is one of the best certifications because it knows how to handle it.

CodeSignCert is Rated 4.8/5 Based On 7877 Customers Ratings 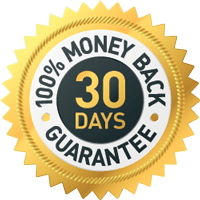 A Sectigo Code Signing Certificate is the digital signature algorithm, who verifies software codes, scripts, contents and other necessary digital objects to make sure they secured before they publish on a web for users. While downloading software, a Code Signing helps users to take the right decision that they are going to have secure software, which has been already verified by a digital signature algorithm. It encourages users about the safety of their computers that they are downloading secure code, which hasn't been modified since it signed by a code signing certificate.

Sectigo Code Signing certificate is a new level of certification which is generally used by the developers who are engaged with software coding and data. The main job of this certification is to verify the generation source of the file and check whether it is true or not. The primary task of a code signing is to attach a digital signature in a code or script. With the help of the attached digital signature, the client could ensure the owner of the signature along with the verification of its originality which further leads to the final product. The Sectigo Code Signing certificate is also excelled in reducing the unwanted warning caused by the malware and other unauthorized access which helps the user to freely install the software without any trouble being caused by the third party.

It is developed to meet the expectations of the browser forum and Microsoft specifications. With its highly supportive interface, it built an unleashing trust on its user which ensures them about the safety and security of their device. This certificate is developed keeping in mind all the different verges of an operating system like Windows 8, Windows 10, Java, Adobe and other which make it compatible with all, which additionally solves the complexity for the users. It even protects using a private key which is integrated into the hardware token and PIN of the certificate from the theft. It even supports the major formats that are 32 and 64 bit including all the Microsoft Authenticode and plugins.

With its robust technology, it makes the use of it more feasible and easy for the users. Furthermore, it works with the technique of hashing which maps the data with the pre-defined output. During this instance, no two data could be matched because each of the generated hashing values is different. By any chance, if the two data get matched, then it discards the whole algorithm and does it again.

These following steps will ensure the authentication process of the code along with the digital signature from Sectigo.

1st Step: Checks the version of the tool and its compatibility with the operating system.

2nd Step: Attach the digital signature with the code.

3rd Step: Move to the process of verification.

4th Step: Confirms the identity and authenticity of the code.

5th Step: The process of hashing is started and maps the data with pre-defined outputs.

Why to choose Sectigo over other Code Signing Digital Security Certificates?

For the new company, it is one of the most important tasks to score a high value on the trust front, without it no person will download its application. For helping the newbie companies in this situation Sectigo Code Signing certificate which comes at an affordable range proves itself boon, which ensures the security and safety. Further leading to build trust on the customers and make it popular.

Sectigo is committed to provide a secure web experience ensuring the SSL certification with it.

it was all very clear and I got a good feedback on my inquiries. Happy with your Service !

I received very good support when I contacted CodeSignCert. The minor problems I had were solved and the support representative really made sure everything worked. The price for the certificate seems similar with different companies, so why pay $15 more

Simple to follow. Well explained. Great price. Really a great experience, above all for customers support.