In today’s digital world, it has become very easy to fool people who are unaware of the minute details that assure that the product is genuine. Moreover, the growing dependence on the digitization enhances this scenario. In the arena of coding and scripts, how should one know that the code is provided by a genuine person and is not a scripted or a copied one. So, that is where the code signing comes into the picture. Authenticode Code Signing Certificate is one such trusted solution for you.

What is Microsoft Authenticode Code Signing?

The basic idea behind the inception of code signing is to ensure that a code written by any author is genuine and unaltered. It provides this guarantee by the digital signature of the author of the code signing certificate and by virtue of that the identity and the genuineness of the author can be known very easily.

There are many ways in which a genuine looking code or script available on the Internet can cause immense damage to your computer systems. Henceforth, before downloading or buying any application, you must look for its code signing certificate. What assurances a code signing certificate provides to you have been discussed below:

Authentication
When you make an application and then put in on some website after signing it with your code signing certificate, you tell the users who might in the future use your application that it’s made by you. Your signed certificate justifies the fact that the application wasn’t edited in the due course of downloading it.

Trust
Your digitally signed certificate builds the first level of trust in the eyes of the user. In case, you release an update of your application with the same signatures, the user wouldn’t think twice before updating the application of his system.

What Are Authenticode Code Signing Certificates?

The Authenticode Code Signing Certificates can be used for all kinds of Windows codes and executable scripts. With this certificate comes the assurance of authentication and trust to the users. Now how it works- whenever a user encounters a digitally signed executable, a pop-up window appears. The window displays the information about the identity of the publisher of the executable and it then comes to the user to decide about the genuineness of the script.

Another level of transparency is provided by the publisher’s details if one goes to the Properties tab.

Any software publisher who plans to distribute his code over the Internet in a secured manner that would instill trust at the end of the user needs to have a code signing ID.

Pricing of Code Signing Certificates
Rating: 5 / 5 Base On 1603 Customer Reviews

Microsoft Authenticode Signing Certificate secures your all kinds of windows platforms and code including .exe, .dll, .ocx, .cab and .xpi files. Windows developer who are using Authenticode certificates for their software code, their code is secure with digital signing and ensure the customers that your platform and software is secures and it hasn’t been tampered since you signed it. When a signed executable is encountered, a pop-up notification shows the verified identity of the publisher and the user decides whether or not to trust the code. 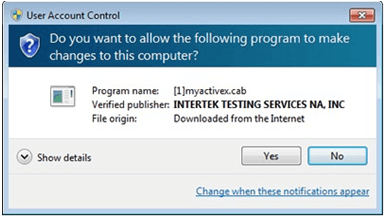 In Microsoft Windows, signed code has an additional Properties tab that displays information about the signature. The user can see who the application came from and be reminded that the application hasn't been changed since it was signed. 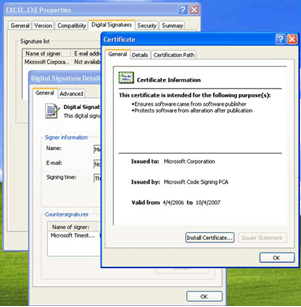